On Thursday 17 November a special film, “The Welcome Tours” was launched by the Interfaith Network of the City of Greater Dandenong in the theatre of The Walker Street Gallery and Art Centre, Dandenong.

“The Welcome Tours” were conducted by the Interfaith Network as part of a Social Cohesion Program funded by the Office of Multicultural Affairs & Citizenship (OMAC) and in partnership with the City of Greater Dandenong. Four tours were conducted from November 2015 to May 2016 by the Network.

These special tours were for people from refugee and asylum seeker backgrounds with numbers ranging from a small group of nine people on one tour up to forty-five people on the final tour.  A few people enjoyed several tours and it was always wonderful to see them each time. 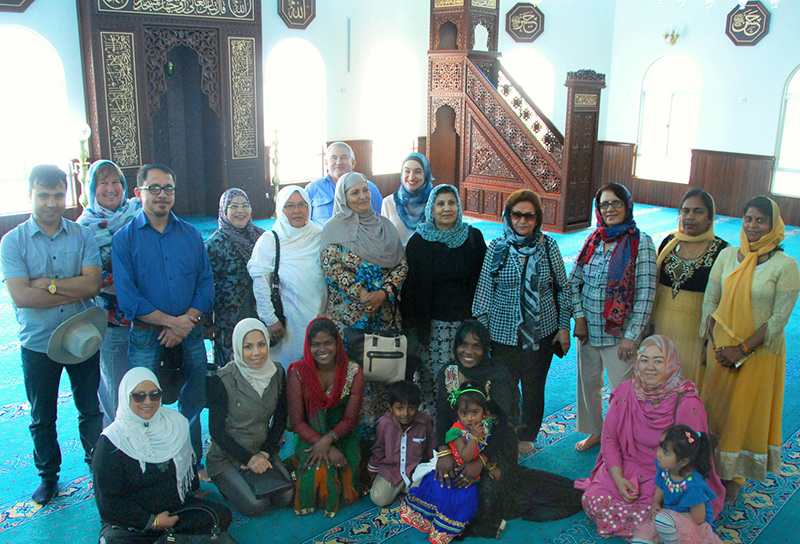 Various groups participated with some groups that would not usually meet each other coming together on the same tour. These included a Burmese women’s group, an Afghani men’s group, a group of Afghani women, a group of Tamil-Hindu women and their small children, people from Afghan-Australia Initiative, Council Youth Services staff and some younger people, and classes from the Asylum Seeker Resource Centre (ASRC) and their teachers. 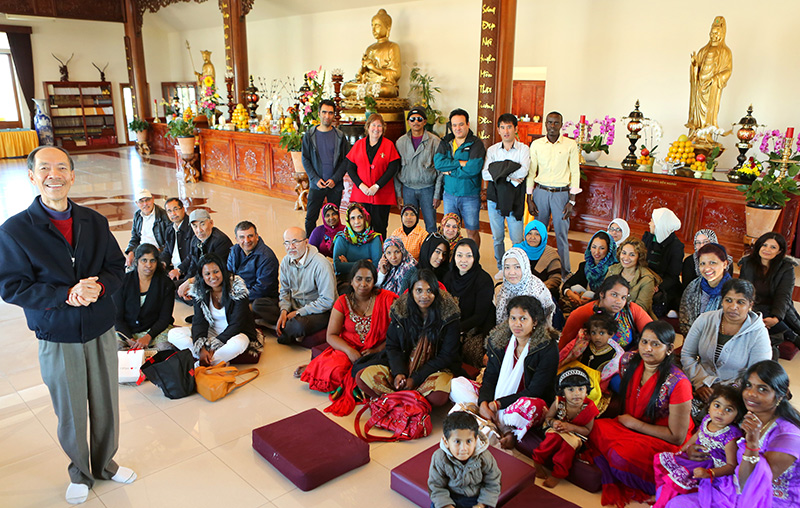 Eating food was a highlight as different flavours from various traditions were tasted with great delight and relish. Providing different foods for both morning teas and lunches not only showcased each faith community, but encouraged discussion around the food items.

Filmmaker Richard Leigh created this uplifting documentary about refugees and asylum seekers visiting places of worship in Australia’s most multiculturally diverse city with the main aim being to educate the community about the challenge of being a new arrival as well providing a valuable resource for understanding something of the experience of people from refugee and asylum seeker backgrounds. The film also promotes an awareness of the diversity of faiths and spiritual traditions within the City of Greater Dandenong.

To view 'The Welcome Tours' see video below or visit: https://www.youtube.com/user/interfaithnet